Sean Rowe, The Man Behind The "Magic" Album 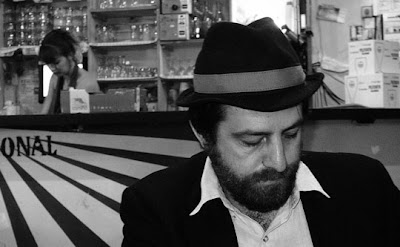 "Man, that voice". That's what I found myself saying as I began smiling and shaking my head to "Surprise", the opening track on Sean Rowe's Magic. His singing just hit me like a ton of bricks. As his rich, dark, and uniquely singular baritone softly-sung "“You were nothing but the fragrance of an old dream / that was just time playing tricks on my mind", I knew I stumbled onto something special.


Magic, is a brilliant album that builds and opens up as it goes, and intuitively begs to be revisited repeatedly. It displays Rowe's command of restraint, as much as his willingness to unleash a wide range emotions, both lyrically and sonically. The collection allows the listener to take in Rowe's extraordinary voice and masterful lyricism, while the layered arrangements of the tunes run the spectrum from hauntingly sparse to calculatedly dense, by employing a wide range of strings, percussion, and backing vocals. 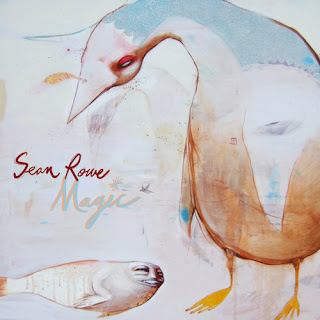 The music on Magic seductively swerves, startles, and staggers, while declaring a clarity of mission, deliberately allowing Mr. Rowe to weave his imagery within dark, earthy guitar-driven compositions. Everything on the record is intentional and displays a careful attention to detail.

The naturalistic songwriting and rustic instrumentation gel remarkably well, allowing Magic to sound honest, genuine, and singular. Even though Magic is Sean Rowe's second album (his first was the independently-produced 27), it marks his true arrival. Magic is an album with rich lasting power that is hard to find anything less than remarkable.

As a fan of his work, I decided that I wanted to interview Mr. Rowe in the hope of spreading the word on his remarkable new album, and to reveal the man behind that voice.

How and when did you begin playing music?

I started playing on a cherry red "cort" bass that my father bought for me on my 12th birthday. I briefly took formal lessons in the basement of this now defunct guitar shop called Hilton Music right in downtown Troy, NY. I never practiced. I was never really interested in learning what all the weird black figures and line columns on the page were and how they correlated to performing and playing notes, scales etc. It felt more like school and I was lusting to just explore the sound of the bass. But I didn't want to disappoint my uncle who was paying for the lessons.

I remember sitting in a chair just outside of the closed door where the first kid was finishing his lessons with the guitar teacher. I dreaded the whole thing. I would just be sitting there and sweating, staring blankly into the giant poster of Eddie Van Halen posing with that silly red and white striped guitar of his. I always tried to play it off to the teacher that I had in fact, rehearsed the material but that my squinting at the page was due to my poor eyesight. The first song he taught me to play was "Owner Of A Lonely Heart." I still fucking hate that song.

What drew you to begin writing music?

Can you describe your experiences as a songwriter in Troy, NY?

I probably started writing lyrics to my own songs after I first heard "Bring It All Back Home" by Dylan. Still my favorite Bob record. A lot of my early writing came from the blues, the early raw stuff like John Lee Hooker, Muddy Waters, and the soul greats like Marvin Gaye, Aretha Franklin, Ray Charles. Black roots music just spoke to me like nothing else.

I remember thinking back then how magical it was that I could listen to that stuff over and over again and it would never fail to hit my spine. It was also cool to me that I felt like I found that stuff on my own. No one pointed me to it. I felt like it was mine. 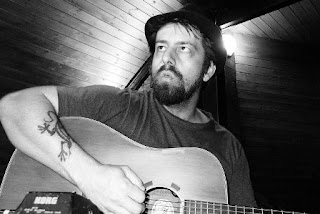 Who were some of your early influences?

Can you discuss your 1st album 27? Will it be reissued?

Yes. It will but it will be called something else and it will not have any of the same songs on it. No, seriously, I am grateful to have done the record since it brought me to this place. I still like maybe 2 of the tracks but I hate the way my voice sounds on it. I remember I was trying to "find my way" during that time, and now in hindsight, it seems like a forced thing at some level. I didn't know how to drive so to speak. It's the reason that we don't give driving licenses to 8 year olds. I'm probably being too hard on myself about it all. If that younger version of myself showed up at my door with the 27 record in hand, I would say, "Well kid...you got potential anyway".

In 2007, you spent 27 days alone living in the wilderness of Cherry, NY. Can you describe the experience?

Yeah but I'll make it easy for you. I wrote a blog piece about the whole deal. You can check it out here: http://seanrowemusic.tumblr.com/

Why did you decide to do it?

To test myself. To strip the so called "real world" from my life for a while. To connect to the most important thing on the planet: the land itself. To feel kinship with people who had once lived, and for some who still live this way today. For all of those things.

What was most memorable for you?

Living in a shelter for 24 days built by my own hands with pieces of scattered earth for my raw materials. There's nothing more grounding then that feeling. I'll take it with me forever. 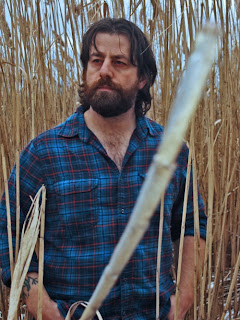 How did that experience and your naturalistic philosophies and beliefs influence your songwriting?

It's opened me up to raw experience and allowed me to see things as they really appear without judging them to much. Nature feels real, it smells real, it tastes real and it for all we know, it is real. Songwriting is the same for me.

Why should I write only "happy-go-lucky" tunes when nature is beautiful, violent, benign, indifferent, emotional and tender all in one. Why should the guitar not have some distortion? Why should the voice not waver and peak? Music should never become reduced like a manicured poodle or a carefully carved ornamental garden. At least, that ideal does not excite me in the least.

Can you describe the writing and recording processes of Magic?

The studio was most likely haunted. My grandfather had once owned the building in the earlier part of the last century. It was a restaurant and later a beauty school and who knows what else. There was about 9 layers of caked and peeled paint on the walls, and dozens of pigeons too (who actually made it on the record) nested outside the performance room window. The heat never worked. I was really god damned cold for most of the sessions- but it all added to the realism. I wouldn't have changed a thing.

How was it different than working on 27? How do they connect? What sets them apart for you?

They are light years apart. I wrote the songs on 27 over a decade ago and to be quite honest, I can't really get into that stuff anymore. I don't regret it in the least. As I said before, it brought me here ultimately, so I'm grateful for that

Can you discuss some of your inspiration both lyrically and musically?

Lyrically, Leonard Cohen has always been a sanctuary for me. I think his stuff is unmatched on a lot of levels that I don't even think Dylan could touch. But it was Dylan who first influenced me to write lyrics. I also love Neil Young's approach to the written word. Sometimes he's so painfully simple and that kind of openness can be the most powerful and most direct route to the heart. Maybe more times then not it is the case.

Musically, my inspiration comes from all over the place. I love old primitive blues like R. L Burnside and John Lee Hooker that have such a universally hypnotic beat-driven feel to them. I'm very drawn to that. I love the early punk sounds of Velvet Underground, Iggy Pop and Joy Division. I've always loved the Beach Boys- almost all of their stuff except that stupid fucking "Kokamo" song.

How did you connect with Anti- Records?

A little luck I guess. Maybe more. I had been following them for a long time since their reputation for being so artist friendly has been so outspoken. The real truth is, at one time Andy Kaulkin, the president of Anti- was giving away 5 free passes to tour a "behind-the-scenes" and "once-in-a-lifetime glimpse" of the Anti- headquarters and all of it's hidden secrets.

I was living at home at the time with both sets of grandparents who actually happened to share the same bed. It's not like we were poor. We had the money, it's just that we were trying to conserve as much body heat as we could in order to be a little more "green" in these economically and environmentally trying times as we find ourselves in today.

I'm a little embarrassed to say that my manager counterfeited one of the "silver Anti- Passes" and the next thing I knew, I was touring the Anti- office or as they called it then, the "Artist Factory." Anti-'s biggest secret which I guess I should probably not be telling you was the making of my record, Magic.

The other story is that my record Magic found it's way into Andy's hands who apparently immediately resonated with it and wanted to get it out to the rest of the world. Bu that's not as interesting, is it? 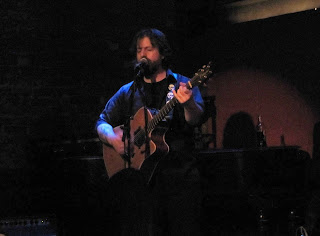 You have been playing live to support Magic quite a bit lately. What has been your most memorable experience playing live so far?

Toronto was pretty amazing as was the little engine that could, Hemlock Tavern in San Fran. McCabe's in Santa Monica is now one of my favorites as well. It always is the audience that makes the difference for me. Everything comes in line after I hear from the crowd. I depend on them for a lot.

What can fans expect from your live performances?

I think if they like the record, they will like the live show. I think the live show at times is more powerful more direct. Most of the time I'm solo so, it's really the essence of the song ya know?

Yoshimi Battles The Pink Robots by The Flaming Lips. I have the vinyl. I love that record. It reminds me of my dreams. In fact the first time I heard it I was floating in that in between stage of awake and asleep. It's had a profound effect on me.
Posted by Chris Mateer at 7:51 PM