A Discussion with John Szwed, Author of "Alan Lomax: The Man Who Recorded The World" 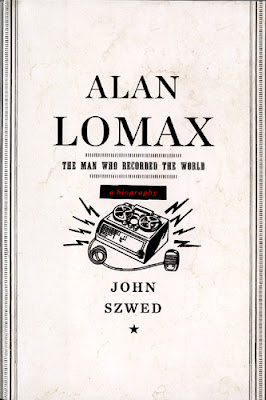 Let's start at your beginning. Can you briefly discuss some early recordings, artists, and or experiences that you drew you to a life of studying music?

John Szwed: The first music I recall hearing was from black radio stations in Birmingham, AL when I was a child.  It was heavy on religious music, but all of it was powerful. Later, I think I heard New Orleans music on late night broadcasts from that city, Duke Ellington live on the radio, and lots of R & B. Seeing singers and bands in musical short films at theaters made a big impression on me, led me to become a musician, and to work professionally as early as age 14.

How did your early passions and interests in music lead you to studying it in higher education, and ultimately, becoming a professor of music at Columbia?

JS: I never studied music in college, though I did take courses in folklore in graduate school. I attempted to get music into the courses I taught, and in my publications, once I became an anthropologist (and later a folklorist). But most of what I did was misunderstood or slighted by colleagues when I was young.

I kept at it, turning to commercial publications like the Village Voice, and slowly I managed to teach and write about music at least half the time. The whole country was becoming more conscious of its music in the 1960s, and that made it easier. 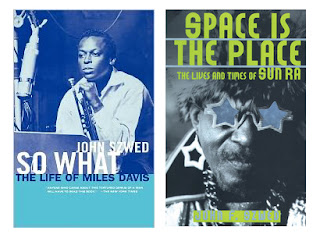 Before we discuss your latest biography of Alan Lomax, I'd like to ask you a few questions regarding your previous writings:

You have written books that explore music in a number of ways. You have explored the genre of jazz in Jazz 101: A Complete Guide to learning and loving Jazz (2000), artist biographies including Space is the Place: The Lives and Times of Sun Ra (1998), So What: The Life of Miles Davis (2003/2004), as well as the cultural role and impetus of music in Crossovers: Essays on Race, Music, and American Culture (2006).

I am curious, for you personally- as an artist/ writer, how do you find the balance between your passions for writing biographies with your exploration of genres and cultural studies?

JS: I only wrote biographies when I thought that a musician’s biography would never otherwise be written, or thought that what had been written was not as good as it could be. I write from a social/historical point of view, and try to make my bios different from those that stick closer to the personality and life of their subjects. But that was true of Jazz 101, as well. I tried to get a feel for what music meant in different eras. So, I don’t think of these books as being all that different.

Would you say that this is more of an intuitive process for you (selecting projects), driven by your own interests and what appeals to you most? Or do you/ have you taken on projects that were new to you?

JS: I’ve written only about what interests me, and I’ve been very lucky to get away with it. But sometimes I’m offered subjects that I hadn’t thought about, and when I find them interesting, I’ll give them a try.

How has working on such a diverse number of projects prepared you for working on the Lomax Biography?

JS: I suppose that in a sense the Lomax bio is as much a book about the country and the world as it is about Lomax, so everything I’ve written has been of use to me in some way or another as I went along. But then again, it’s also true that Lomax was deeply involved with the politics and history of every place he found himself in, so his bio demanded this kind of thinking. 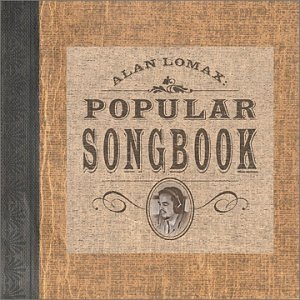 Can you discuss your own discovery, history, and appreciation of Mr. Lomax's work?

JS: I met him in the sixties when I was deeply involved in the folk revival, and he was the major player. He could not be ignored, and he was talked about by everyone interested in folk music, and to a degree, also jazz.

When and how did you initially have the idea of writing a biography on Alan Lomax?

JS: No one had written a bio of Lomax, and I found that surprising. Knowing him and working with him for a few years helped me write it, but it also made me aware of how poorly he had been represented by others.

What was it about Mr. Lomax's work that initially intrigued you most as you began?

JS: I think I was drawn first to the incredible collection of music he had developed, and the influence it had on music, but later it was the sophistication and daring of his theorizing about music that was so fascinating to me.

How long did it take you to write the book?

JS: It took about eight years of part-time work to finish the book, and it turned out to much harder than I thought it would be. His work was enormous in scope and hard to grasp in words.

Looking back, as you were researching and writing the biography, what were some new aspects about Mr. Lomax's story and/ or work that was most surprising and/ or unexpected in discovery?

JS: Once I began tracing his life back, I found that he was far more famous and influential than anyone now is aware of, so much so that’s it’s difficult to communicate today how big he was then.  His theories about the meaning and origins of music have such vast consequence, that he should be studied by anyone serious about music. Alas, he is too often understood through the hearsay of others, and only a few now read him. 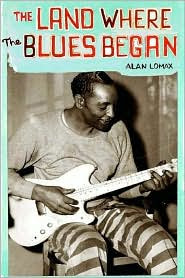 What are your favorite works by Mr. Lomax?

Are there recordings by Mr. Lomax that still maintain strong of an impact on you as when you first heard them for the first time?

JS: I still hear them as I always did, and some of them – such as some of the Spanish recordings or the prison work songs – still have the same shock value for me. 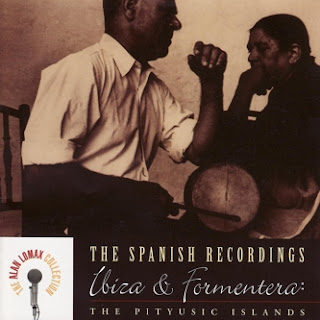 For newcomers to Mr. Lomax's work who are looking for a starting point to begin learning, what would you recommend as his "essential" works to begin listening to?

JS: The Alan Lomax Songbook CD is a good start. It contains many of the key songs and singers that determined what American music would be.

What would you say has been Mr. Lomax's biggest contributions, and how would you say these works continue to influence on artists, listeners, and the overall accessibility of music?

JS: His biggest influence in the early days was in revealing the range of music that Americans make.  Now, he is seen as American music’s greatest collector and archivist.

What connections do you make between Alan Lomax's recording and collecting of songs, with the accessibility to music that now exists online?

JS: In a sense, Lomax saw the Internet coming. By the 70s he was working with computers, and by the 80s he was working on The Global Jukebox, a sort of portable museum that would make the entire world’s music and dance available for digital searching. At the time it had the largest database in the world, and Apple and other companies were inspired by it to develop their own large-scale databases and search mechanisms.

How do you see this unfolding further as we begin looking forward?

JS: The Internet has the potential to be the perfect means for communicating the world’s musical treasures. At this point, however, sonic limitations, and sloppy, clunky and poorly documented presentations have created a situation in which people have now heard more music than at any time in history, but at the same time seem to know less about what they’re hearing. 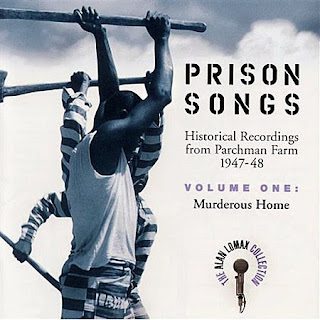