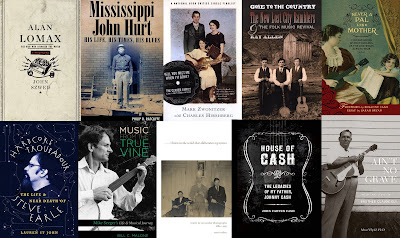 For as long as I can remember, I have always been someone who has been CONSUMED by music. By "consumed", I, like many of you, listen to A LOT of music every year. And in addition to listening to lots of music, I, like many of you, think a lot about music. I'm sure that we can all agree that this usually leads to all of us discussing the music that excites us, borrowing and lending of albums, practicing and playing an instrument, and even spending some time reading about music.


As a resident of Brooklyn, I spend a considerable amount of the time commuting between the five boroughs via subway. I ride the trains to work, as well as to almost every other destination imaginable that is not within walking distance in my neighborhood. And as a frequent subway rider, I am always sure to bring a book with me every time I hop the train.

So that said,  I thought it would only be appropriate, as a subway-riding "music-listener-player-writer-reader",  to share some of my most memorable reads of 2011 with the readers of UMR. I am guessing that if you're taking the time to read these posts on my blog, that you're probably a music nerd too, and odds are that at least some of you, still accumulate volumes of printed matter (and/or loading up your electronic readers). So if you are someone who, when inspired, will devote some amount of time reading about music, I'd like to share with you some of my favorite reads of the year.

If you are looking for an excellent new book to dig into (and/ or pass onto someone close to you who is musically-incline), here's a brief list of some of my favorites from 2011. And although this probably goes without saying: if you see a title below that intrigues you, and seems like it may be one think you would enjoy, take my word for it and go for it! These are all awesome, and perfect for subway rides, airplane adventures, interstate bus journeys, as well as for just lounging around relaxing just about anywhere.

Alan Lomax:
The Man Who Recorded The World
by John Szwed
(2011, Viking)

Will You Miss Me When I'm Gone?
The Carter Family & Their Legacy in American Music
by Mark Zwonitzer and Charles Hirshberg
(2004, Simon & Schuster)

Gone To The Country:
The New City Ramblers & The Great Folk Revival
by Ray Allen
(2010, University of Illinois Press)

Never A Pal Like Mother:
Songs and Photographs of The One Who's Always True
(hardcover book w/ 2-CDs of recordings from 1927-1956)
Forward by Rosanne Cash
Essay by Sarah Bryan
(2011, Dust to Digital) 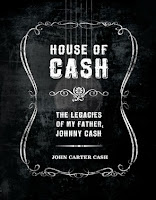 House of Cash:
The Legacies Of My Father, Johnny Cash
by John Carter Cash
(2011, Insight Editions)

Satan Is Real:
The Ballad of The Louvin Brothers
by Charlie Louvin and Benjamin Whitmer
(2012, Igniter)

Crowe On The Banjo:
The Music Life of JD Crowe
by Marty Godbey
(2011, University of Illinois Press)