The Story of Saintseneca, Told By Bandmember Zac Little 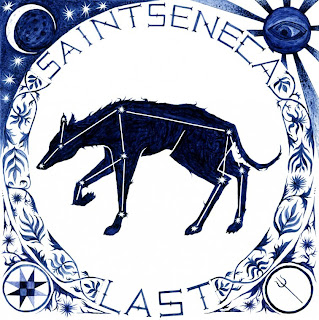 Following the release of two EPs, Saintseneca released their debut full-length album, Last, last year. Recently, the group recorded an excellent Daytrotter session that is well worth a listen, if not a download. Listening to their session inspired me to finally reach out for an interview. Having enjoyed Last since I first obtained my copy last year (and ever since!), I realized it was time to finally act! As the band solidifies its plans for a busy rest of 2012, I managed to quickly chat with Zac Little about the Saintseneca's formation and history, the making of Last, and what is coming up next for the band.

Before we dig into the history and trajectory of Saintseneca, can you describe your early musical experiences before getting together?

Zac: Steva, Luke, and I (3/4ths of the original line up) all played in bands together in high school. We moved from our small Appalachian town in southeast Ohio to Columbus for college. We still wanted to play music. I had accumulated and learned a number of instruments: banjo, mandolin, dulcimer etc... They never seemed to quite fit into our previous rock outfits. Since we now had the restriction of practicing in my tiny apartment, and dorm room basements the quieter stuff really started to work. We met Grace who played violin, and Saintseneca was born.

What inspired you to begin learning and playing music?

Zac: I first started playing guitar when I was 13. I learned by writing my own songs. I never was interested in playing other people's music. Gradually I picked up other instruments. 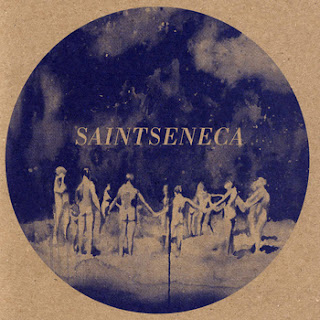 When and how did the band form?

Zac: It really depends on which incarnation of the band you refer to. Saintseneca has become a sort of loose collective. We've consisted of anywhere between 2-5 members depending on the show/tour. But the original 4, Luke, Steva, Grace, and I started when we were students at Ohio State. We started playing together as Saintseneca a little over 4 years ago.

We kind of patched it together at first. After we played our first show we had a great, strong response and that kind of sparked everything. We met Maryn Jones, Steve Ciolek, and Richard Wehrenberg Jr. (all folks who have toured as/in Saintseneca) as we became more involved in the Columbus music scene. Grace and Luke no longer play in the band.

Who were some of your biggest musical influences? 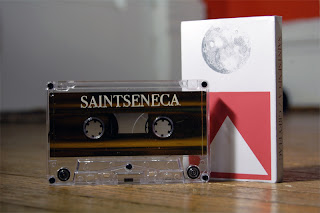 Can you discuss the band's instrumentation, and the group's songwriting process?

Often a song begins when I bring the “skeleton” to the rest of the group. I'll finish something completely, and then pull it apart again. I leave loose ends, allow fragments. I may start the direction of the song, but everyone writes it. It comes to life when everyone invests their own creativity. We build up piece by piece, people switch instruments, etc. Ideally we'll end up with something none of us could have written individually. Something that is a reflection of the way we exist as a group.

We recorded our self-titled EP in our friends' house. They had a beautiful old house with hardwood floors, and old plaster walls. It was a nice lively room. Jay Alton brought his live set up and we finished the whole EP in a day. We started touring afterwards, and the EP eventually became a 7” which Paper Brigade released. 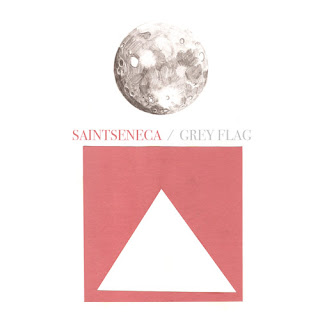 How did this lead to Grey Flag? What changed for the band writing and recording these tunes?

Zac: By the time we were writing the songs of Grey Flag we had grown into writing songs as Saintseneca. We knew each other musically. I think we ventured out and tried some more complex arrangements and vocal harmonies. The recording was similar, again in an old house, except we recorded all analog on a reel to reel machine.

How did your experiences touring with such bands as Horse Feathers, Vikesh Kapoor, Old Hannah, and others influence the development of Sauntseneca?

Your latest recording, Last, came out last year. Can you describe the band's process of crafting its first full-length recording?

Zac: We made Last as a kind of memento. We knew going into it that Luke and Grace wouldn't be playing in the band much longer. Luke was getting married, and Grace was moving away. It felt really important to have a documentation and a distillation of everything up to that point. The band has always been music, but it is also experiences and friendships too. That was why we also chose to re-record and include older, previously released songs.

We chose to go to a bigger, more professional studio setting for that reason. Up to that point our releases were finished in one day. Recorded, mixed, and even a little mastering. With Last, we started tracking and spent 4 days in the studio, night and day. We spent the next few months, tweaking, experimenting, until we finally had what we wanted. We had way more time devoted to those recordings.

Now that the record is out, it has been attracting a lot of attention. Can you discuss some of the feedback and experiences since its release?

Zac: We've done a lot of touring. We've touring the east and west coasts, and done some midwest stuff. We have more touring planned this spring.

The Daytrotter session was something I aspired to do for a long time. It was really exciting to actually get to do it. 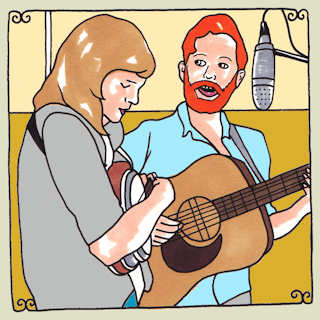 How has being based out of Columbus, OH benefited, inspired, and or influenced the band?

Zac: Columbus has a great community of people in the music scene. I cannot imagine a more connected and supportive place. It is laid back, which is good and bad. There are a lot of people here making music because they love to and they believe in it. It has less of the competitive edge that some big cities have, but along with that it has different kinds of opportunities.

I think becoming immersed in the network of house shows here has played the biggest role in how we've grown as a band. It has connected us to a national network of people and given us the ability to tour a lot.

Zac: I've been listening to a lot of Xiu Xiu, basically only that. Ha ha. I'm catching up on the whole discography and really really loving it.

Zac: We will tour as much as humanly possible. We're also currently recording the next album. I'm excited for it.
Posted by Chris Mateer at 6:17 PM