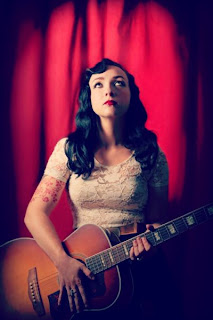 Rachel Brooke has  a new record out called A Killer's Dream. Her previous records, especially Down In The Barnyard and Bitter Harvest (with Lonesome Wyatt of Those Poor Bastards) have quickly elevated Rachel's status as a storyteller who is just as well-versed in the gothic dark side of American music, the cultural history of bluegrass, the gutsy swagger of rockabilly, as she is in the dusty rawness of old 78s and parlor recordings. Her albums and live performances have established her as "the Queen of Underground Country" (Saving Country Music), has been praised by artists and publications alike, and has landed her appearances at music festivals like Muddy Roots.


With A Killer's Dream, Rachel Brooke builds upon her recent accomplishments while pushing her own songwriting and performances to new heights. Recorded live in the studio, the album crackles with the energy and nimbleness of Rachel and her band, Viva Le Vox, as they jump all over the southern-drawn  musical map. The musicians run through a rewarding set that is top-notch in sound and stylistic versatility. A Killer's Dream is sure to elevate Rachel's music to a much larger audience and hopefully, raise the public awareness of this songstress' talents.

I recently had the opportunity to connect with Rachel and speak with her about her musical history up to and including the making of A Killer's Dream. Here's how it all went down.

Can you describe your early experiences learning, playing, and writing music?

Rachel Brooke: I've always loved music. I think its because ever since I was born I heard bluegrass and old country music being played in our home. My dad inherited a piano when I was six, or so, and I started taking piano lessons, then moved onto playing percussion in the school band.

Then when I was about 14 I wanted to learn how to sing and play guitar. I was really shy and embarrassed though, so it took years for me to gain enough confidence to play for people. But then my dad wanted me to play rhythm guitar for him in his bluegrass band, and I learned real quick. He always expected me to know how to play a song that I had never heard. And now I can. I think I learned a lot playing in my dad's band, not just in performing but in songwriting too. 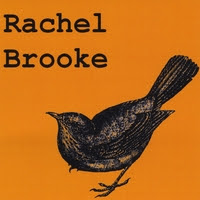 Which artists, albums, live experiences influenced you most early on?

Rachel: My first favorite band was the Beach Boys. I still love them actually. But I remember playing all their records with my brother and singing along. Also, I loved the song "Tiny Sparrow" by Peter, Paul, and Mary and "Tennessee Flat Top Box" by Johnny Cash. Those were probably my favorite songs when I was five. Haha… So I think that hearing my dad play the banjo and listening to these songs influenced me real early on.

Can you describe your experiences writing and recording your first, self-titled, album?

Rachel: I was actually going through a divorce when I wrote most of the songs on my self-titled. Ha! I think it's cool though because that's when I realized that I needed to write music. I had a lot of thoughts that would torture me day and night, until I wrote a song and then it would stop...for awhile.

I think that that album is cool because It's really just straightforward. I wrote what I felt and It was the beginning of me learning how to write songs. We recorded that on an 8-track tape recorder at my dad's house. Then we made it sound real scratchy and old and totally dirty. I wanted it to sound like it was taken from an old 78. 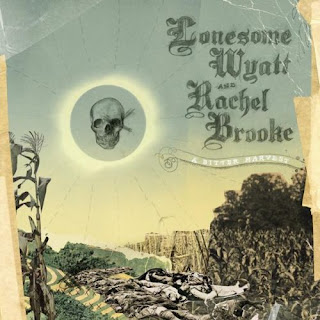 How did you and Lonesome Wyatt (Those Poor Bastards) connect? How and when did you decide to make a record together?

Rachel: After I recorded the self-titled I was pretty surprised that people seemed to like it! So I started doing a few shows here and there, and I played one with Those Poor Bastards in Wisconsin and we traded CDs I think. Then we ended up playing a 5-day mini tour together and we started talking about recording together.

Did you have a preconceived plan for the album? How did all come together?

Rachel: We just each wrote songs and sang with each other on them. There are a lot of sad songs on that album, but I don't think that was on purpose. I just write sad songs because I write when I'm sad. I would write one and send it to him to see what he thought and then I went to wisconsin and we recorded it! Everything Wyatt does is great so I was really happy to be working with him! It is an album that I am still proud of.

Next came Down In The Barnyard. Can you describe your experiences writing and making the record?

Rachel: Down In The Barnyard was the first time that I tried to create a complete thought throughout the record. I wasn't just writing because I felt sad, but I was trying to create stories, and a feeling throughout the whole cd. A lot of those songs came really quick like they were meant to be. It is weird when that happens. And others were songs that I worked really hard on to make better.

There are a lot of stories on that record. Down in the Barnyard was similar to my past works because it's technically simple, and more acoustic, but there were times that I really wanted to experiment and I held back. Which is a big lesson that I learned not to do. 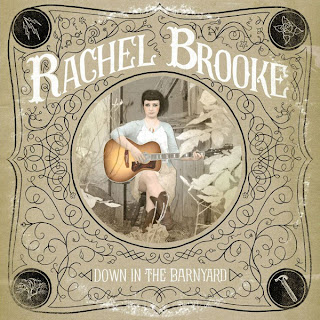 What would you say are the most rewarding aspects of that record for you?

Rachel: I am proud of that record because I recorded it on my own, in my house. I am also very proud that I played 90% of every instrument on it. I did that because I wanted to prove to myself that I could do it on my own.

How did making that album and the subsequent touring lead you to the Late Night Lover EP and ultimately to A Killer's Dream?

Rachel: People seemed to like Down In The Barnyard. It always surprises me when people like my records because I never really expect them to. Which is a good idea, I think. But that led to playing more shows, and touring more, and playing with other bands.

Late Night Lover was a collection of songs that I felt were special together. I wanted to release these songs on an EP because I knew that A Killer's Dream was coming soon, and it would be done with a full sound. But I wanted to release the songs on Late Night Lover "as is" too because I think they sounded great just like they were. Nothing added to it. 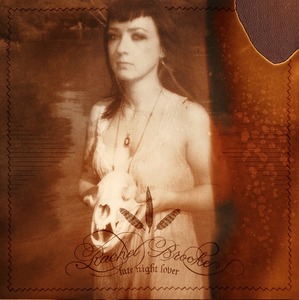 When and how did you begin work on A Killer's Dream?

Rachel: I am always writing songs, so I don't know when I started working on the "writing" part but I was going on tour last March with Viva Le Vox and I wanted to play with them because Tony and Antoine are just really great musicians who know their shit. So I showed them the songs I wanted to play and we worked them out on the tour. After that tour we went into the studio and recorded them. That was in May. Then this summer I had another session with with Nick Carnes and Bill Chase and we recored two songs together for the album Serpentine Blues and A Killer's Dream.

What would you say connects A Killer's Dream most to your previous work?

Rachel: I think that there are a lot of things that connect it to my previous work. It's still me, and I have a lot of "stories" on A Killer's Dream. But what I think connects it most is that it's still fairly simple, and subtle even though it's with a fuller sound.

What aspects set it apart?

Rachel: Well it's the first record of mine that has a full band sound. It was all recorded live, and you can tell. And I like that! A Killer's Dream has a great "feel" to the record, I think. It's kinda relaxed, but done in confidence.

Which artists were some of your biggest lyrical and musical influences during the making of the record? 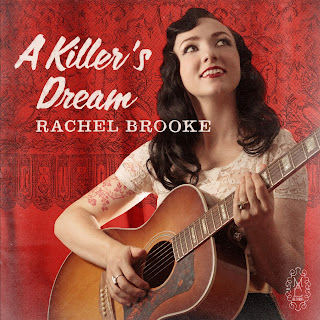 Can you describe your songwriting process (both lyrically and musically)?

Rachel: It's always different for every song I write. Sometimes I'll get an idea from my life, or I'll say something and then think about it for along time, and then I will work on lyrics first. "Fox In A Hen House" started because I had a dream that the devil lived in my pots and pans. So I wrote that down, and then started working on the song. Other songs are just me venting, or writing how I feel, like "Life Sentence Blues".

I like to write stories a lot and those are really fun to write. Others, like "A Killer's Dream" just come out of no where. That one was weird because I heard the melody first in my head, and then wrote lyrics to the music. There isn't one way that I write, I just keep myself open to everything around me and let the songs write themselves usually.

What are some of your non-musical sources of inspiration?

Rachel: I am inspired by emotions, a lot. Mine, and how I interpret other people are feeling. I feel like I am hypersensitive to what is going on around me, so I usually pick up people's emotions. Trees and flowers, and animals really inspire me too.

Rachel: I've been listening to Little Richard a lot, Louis Jordan, Screamin' Jay Hawkins, Bessie Smith and Fats Domino a lot. I also love listening to Howlin' wolf. He makes me feel like I have a fire inside me.

Rachel: Yep! Lots of touring. I'll be doing some touring in the South and East this February and March. Then in May I'll be touring with Joe Buck and Viva Le Vox, and then I'll be going to Europe this June to play Muddy Roots Europe. I also am working on a few other projects, like another album with Lonesome Wyatt, and this other band I am in called Modern Mal. I like to keep busy, it's good for me.

Chris Mateer
Chris Mateer is a music writer living in Portland, OR. He is the founder of the Uprooted Music Revue, and is a featured blogger on No Depression. In addition to music writing, Chris teaches visual art and plays the mandolin, banjo and drums.