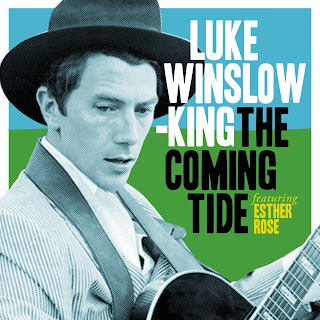 
The Coming Tide is made up tunes that jump, glide, bump, and stroll as the players please. Throughout, the record humbly highlights the musical versatility as well as the wide palette of stylistic offerings that Luke Winslow-King and his band (singer/washboard player Esther Rose, bassist Cassidy Holden, trumpet/ piano/ bass-drummer Ben Polcer) live and breathe. As much as The Coming Tide will entice upon the first listen, it is the repeated plays that drive home the tasteful and graceful performances and songwriting.

I recently spoke with Luke Winslow-King about his musical evolution, up to and including The Coming Tide.

What were some your early musical experiences? When did you begin learning and playing music? What artists, albums, etc. inspired you early on?

Luke Winslow-King: I started playing piano around 6 or 7 years old. My grandmother was a church pianist. I began with the guitar at 8 years old, my Dad was singer/guitar player, and I grew up hearing him play Bob Dylan and James Taylor tunes. I got really into Led Zeppelin and Jimi Hendrix in middle school.

Why did you move from Michigan to New Orleans in 2001?

Luke: I had just graduated from Interlochen Arts Academy, and dropped out of my first semester in college. I decided to go traveling with some pals of mine playing Woody Guthrie tunes on the road. When we arrived in New Orleans our car was stolen, and I stuck around long enough to fall in love with the place.

What excited you most initially about the musical possibilities and your development as a songwriter and performer in New Orleans?

Luke: I was most excited about being part of such a thriving music scene and to be able to write new songs and try them out on new audiences all the time. 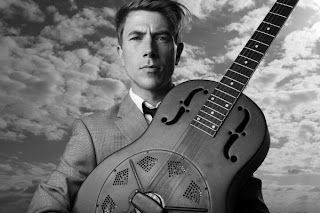 Can you describe your experiences collaborating and working with John Boutte, "Washboard" Chaz Leary, and Paul Sanchez? What has been most memorable and lasting from working with each one?

Luke: John Boutte has been a long time friend and great supporter of mine. He has cooked great food
for me and always been a great encouragement. He has taught me a lot about music, but more about living as a musician.

I’ve worked as a substitute in Chaz’s band, and performed live in CNN’s Anderson Cooper Show with him. He really pushes his guitar players into a driving rhythmic approach to delta blues classics. He really knows how to entertain. He’s been a great influence. I also had the pleasure of being a part of Paul Sanchez’s ‘Nine Lives’ project. It included an all-star cast of New Orleans musicians.

Can you share your experiences performing on Frenchman Street?

Luke: There is so much to share. I feel really lucky to have come up through the ranks on that street. It provided me with so many invaluable performance opportunities. There were times when we would play 4 or 5 gigs a week there. The crowd is constantly changing with the influx of tourists coming from all over the world to experience New Orleans music. It’s a really special place. We still hold a weekly engagement at Three Muses on Thursday nights.

Please describe your writing and recording of your first debut album.

Luke: It was recorded in ’07 at a small studio in Big Rapids, MI with some folks from Earthwork Music. I had been into songwriting and classical string quartets, and this was an effort to combine the two. It is made up a lot of sad break up songs that I wrote with my ex-girlfriend Ji Un Choi. I don’t revisit those songs anymore, but I still get requests for them sometimes.

I discovered you with your 2009 album Old/New Baby. Can you tell us about your writing and recording of that album?

Luke: Old/New Baby was a bit of a break through for me. I was my first time integrating the New Orleans sound into my own compositions. I wrote many of the songs while living in New York soon after the levees failed in New Orleans. I returned to New Orleans, put a band together, and recorded Old/New Baby at Preservation Hall in 2008.

Since Old/ New Baby came out in 2009 and leading up to the release of The Coming Tide this year, can you describe how your playing, writing, and performing has been evolving over the years?

Luke: I think I’m getting more comfortable with myself as a musician, performer, and writer. I feel less forced into the genes, and more expressive and free in my approach. Spending hours on the bandstand has gotten the band into a place where we can really predict and trust one another. Our live show has become much more confident and energetic as a result. We’re excited to capture some more of the live feel on our next record.

The new album has a much different feel to it. Can you share some of your sources of inspiration both musically and lyrically?

Luke: I really struck out on my own for The Coming Tide. I was newly in love and excited about a new simpler approach to lyricism. I was inspired by Blind Willie Johnson, Mance Lipscomb, and Smokey Johnson. Adding Esther to the band also brought a fresh sweetness to the group.

When did you begin writing the tunes for The Coming Tide?

Luke: Sometime in 2010, It came together pretty quick once it started rolling. I just tried to be honest and pay attention.

Was there a tune(s) that set the course for the album?

Luke: "The Coming Tide" set the course for the album. "You Don’t Know Better Than Me" was the odd duck that ended up being my favorite. 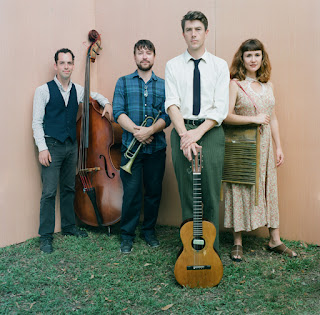 Can you tell us about how you connected with your band and give us a rundown of what you see as each player's biggest contributions (musically and personally) to the unit and the recording?

Luke: Sure. We all kind of came together through the great traditional Jazz scene in New Orleans. Esther sings and plays washboard in the band. She makes the band fun and lively, and really helps me to draw in the audience with her spirit during the live show.

Cassidy Holden our bassist is an anchor in the band. He is solid, steady, and focused on details like tempo and tone. He’s also a great navigator on the road. Ben Polcer our trumpet and piano player is a soloist in the band. He brings style, flare, virtuosity to the group.

How did you connect with Bloodshot for the release?

Luke: We had mutual friends, and ran into them in Chicago the week after we opened three shows for Jack White. We had a great feeling about them right away, and continue to be excited and optimistic about our future together.

You and your band have performed in clubs, at festivals, and out in the streets. Can you talk about how these different kinds of venues influence, sharpen, and push you and the band?

Luke: Yes, they all have valuable lessons to teach. The street is a good training ground to try out material and see how an audience responds to it. It helps you expand your repertoire, and become really comfortable with your instrument. The clubs teach you how to refine details, throw a party, and keep folks dancing and interested all night.

On the festival stage you have a chance to play the best of your material through a big sound system. In these situations I focus on reaching out to the edges of the crowd to engage every member of the audience. It’s really gratifying to satisfy a big crowd. I sleep really well after the festivals.

(This feature was originally written to be posted on both Uprooted Music Revue and The Bluegrass Situation. The interview will be posted on BGS at a later date)
Posted by Chris Mateer at 11:48 AM