JD McPherson Tells How His Art, Film, and Music Add Up As "Signs & Signifiers" 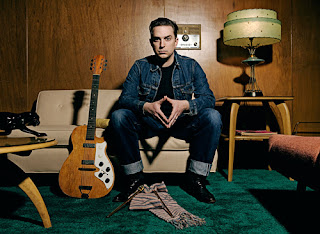 JD McPherson is a Broken Arrow, OK-based singer-songwriter, filmmaker, and visual artist. His album, Signs & Signifiers (originally released by Hi-Style Records in 2010, and re-released by Rounder last year) is an album that fuses equal parts classic rock and roll, rhythm and blues, and rockabilly, with the man's own unique charismatic swagger. The video for the single, "North Side Girl" exploded, and JD has been off and running ever since. One of the most enjoyable rock n roll records to be widely released last year, Signs & Signifiers is a record that gets your fingers tapping, feet stomping, and face grinning.

I recently had the opportunity to speak with JD McPherson regarding his many modes of artistic expression, including the making of Signs & Signifiers.

Author Brian T. Atkinson on "I'll Be Here In The Morning: The Songwriting Legacy of Townes Van Zandt" 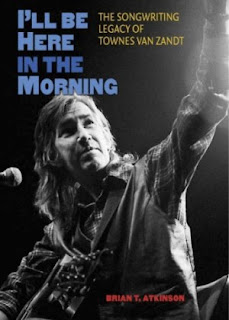 I'll Be Here In The Morning: The Songwriting Legacy of Townes Van Zandt by Brian T. Atkinson digs deep into the art of one of music's best and most influential songwriters. Mr. Atkinson retraces the artist's creative steps, as well as shares a wealth of interviews with some of Townes' biggest fans- who also happen to be some of today's best songwriters. He also chats up an impressive selection of some of the countless artists who have been and continue to be inspired by the many facets of Townes' brilliant and timeless body of work.

Get to Know The Stray Birds 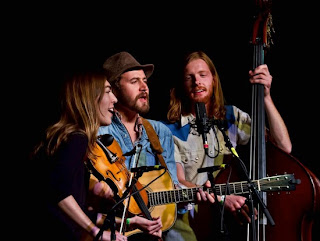 I discovered The Stray Birds last fall as they were getting lots of love from NPR, including having their self-titled album, The Stray Birds, topping NPR's Top 10 Americana/ Folk Albums of 2012. The group's single, "Dream In Blue", has attracted a lot of attention and has managed to get a lot of roots and folk fans excited. I have to admit, after listening to the album a few times, I quickly realized that the trio is arguably one of the most exciting young Americana bands out there right now. In fact, I chose The Stray Birds as one of Uprooted Music Revue's Favorite Audio Releases of 2012.

Read more »
Posted by Chris Mateer at 2:06 PM No comments: 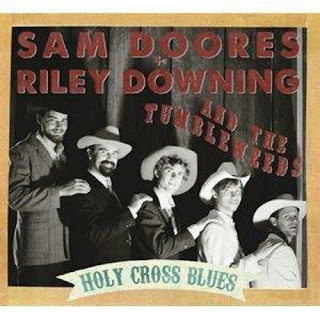 Sam Doores is songwriter and multi instrumentalist from New Orleans. He put together the original line up of the Tumbleweeds together in 2010 with Dan Cuter, Tony Fricky, and Matt Bell. The band soon gained a following in local bars and clubs, toured through Canada and the North East, and then embarked on a national tour with Hurray For The Riff Raff.

Shortly following these chain of events, Sam met up with an old friend, Riley Downing and the two rekindled a personal and musical friendship, resulting with Riley joining the Tumbleweeds. With Riley in the fold, the band added more original material and then made a few trips to Nashville where they recorded songs with Andrija Tokic (who recorded Alabama Shakes and Hurray For The Riff Raff). 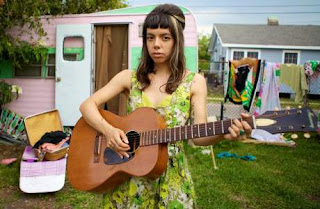 One of my favorite discoveries of last year was Hurray For The Riff Raff's Look Out Mama. Singer-songwriter Alynda Lee Segarra, who is originally from the Bronx, NY, left her home at 17 and traveled all over the country, ultimately settling in the vibrant musical community of New Orleans.