A Conversation With Bror Gunnar Jansson 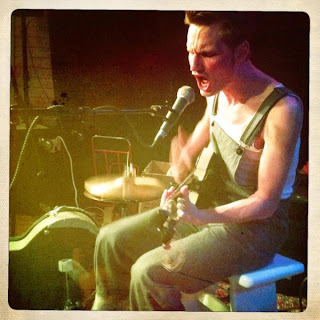 Bror Gunnar Jansson (a.k.a. Gunnes Enmanna) is a Swedish one-man band who unleashes a garage-style hybrid of blues, country, and folk. He is an enigmatic performer who can ooze backwoodsy and minimalistic laments as well as unleash ferociously angular and devastatingly powerful breakdowns. His first solo full-length album, Bror Gunnar Jansson is out now, and it is a killer.

I recently caught up with Bror Gunnar Jansson, purely out of my own curiosity stemming from how much I have been obsessed with this recording, and I am thrilled to share our conversation with you.

Read more »
Posted by Chris Mateer at 4:49 PM No comments:

Wayne "The Train" Hancock On His New "Ride" 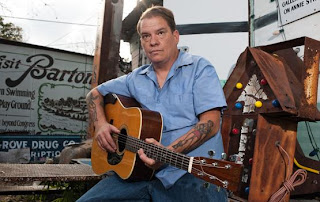 Wayne "The Train" Hancock is a traditionalist juke-joint honky-tonker who incorporates rockabilly, western swing, blues, and old-time appeal into each song he writes and every live performance he gives. His influences are rooted in the classics, and the names "Hank Williams" and Jimmie Rodgers" often get dropped by his closest admirers. When I saw Wayne perform back in the early 2000's for the first time, I was in awe. I've been following his work ever since.
Read more »
Posted by Chris Mateer at 1:49 PM No comments: 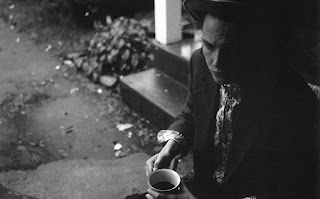 Singer-songwriter Colyn Cameron of Wake Owl is based between Vancouver, BC and Portland, OR. He was originally born and raised in southern California and about seven years ago he taught himself guitar and began writing songs.

After graduation, Colyn studied organic agriculture at Emerson College in England, worked on various farms throughout the UK, Germany, Chile and Canada, and then traveled the world. Upon returning to Vancouver, Colyn spent some time playing in bands before recording the songs he had written after his travels abroad. The result is Wake Owl's Wild Country EP (out now via Vagrant Records). 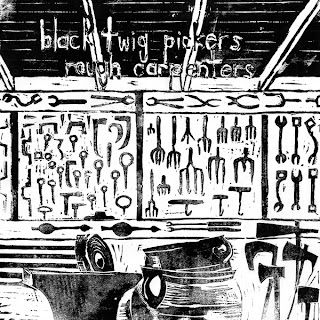 The Black Twig Pickers have a new recording out called Rough Carpenters (via Thrill Jockey). The album was recorded during the same sessions as their recent Whompyjawed EP (a sprawling 2-track jam), which was released last fall.

Since I interviewed the band when their last album, the magnificent Ironto Special, was released, a lot has changed. The biggest change for the Twigs (Mike, Isak, and Nathan) is that they added fiddle player/ dancer Sally Anne Morgan to the lineup for these new recordings.

Read more »
Posted by Chris Mateer at 3:16 PM No comments:

Aborigine Singer-Songwriter Roger Knox Reflects on "Stranger In My Land" 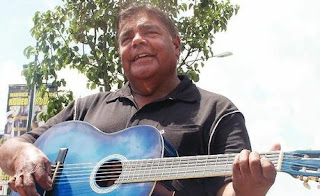 On Stranger In My Land (Bloodshot Records), Aborigine singer-songwriter Roger Knox delivers a collection of folk tunes that are rare, unrecorded, and/ or handed-down by his peers and predecessors. Knox is joined by an incredible roster of guests including Bonnie Prince Billy, Kelly Hogan, Dave Alvin (X, Blasters), Sally Timms, Jon Langford (Mekons, Waco Brothers), The Sadies, and Andre Williams. As if all these artists were not enough to intrigue new listeners as to who Roger Knox is all about, Stranger In My Land also includes one of the great Charlie Louvin's last known recordings. Stranger In My Land is sure to appeal to fans of Alan Lomax's field recordings, as well as to the contemporary folk and alt country fans who have an ear for music of the people by the people.


Justin Paul Lewis a Louisville, KY-born and based singer-songwriter who fuses Americana and soul (check out his Daytotter session for a taste). Rinse, Repeat, Rewind is his new recording, which is a collaboration with cellist/ producer Ben Sollee. Justin connected with Ben while he was working with Daniel Martin Moore and Jim James (My Morning Jacket) on their Dear Companion album (2010). Since then, Justin and Ben remained friends, awaiting the right opportunity to work together. 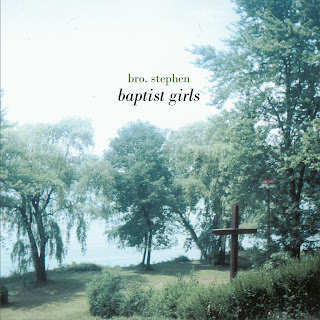 Scott Kirkpatrick is the singer-songwriter behind Bro. Stephen. The debut album, Baptist Girls, was recorded in a chicken coop and, in addition to Scott's partners for the project (Mike Adams and Adam Jessup), the album also includes appearances by Cheyenne Marie Mize (Yep Roc recording artist and member of Maiden Radio).

Read more »
Posted by Chris Mateer at 1:02 PM No comments: 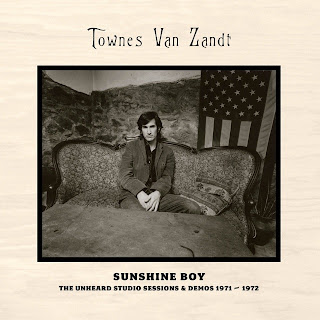